In My Own Sweet Time 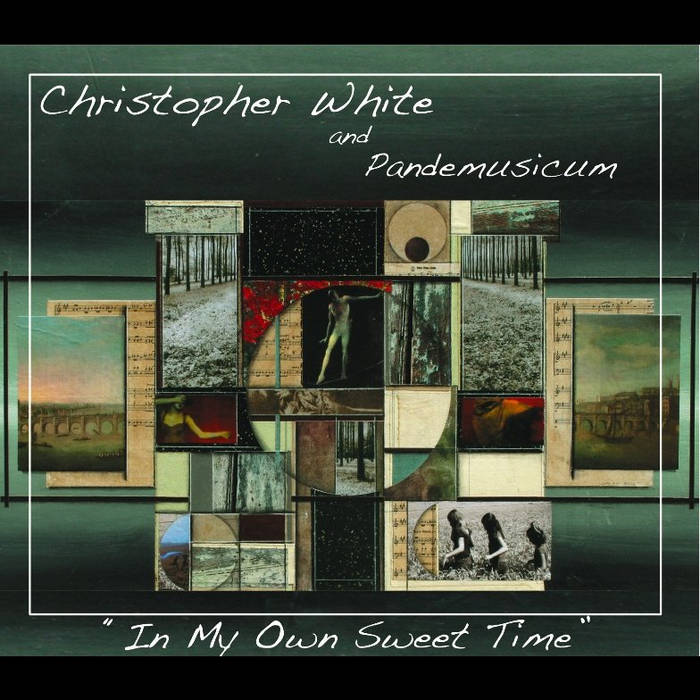 Born in Northern California, Christopher White grew up in small town America where he found musical success early, playing his first professional gig at age 10. An eclectic musician, he studied conducting, saxophone and composition while performing in the studios and club scenes of Los Angeles. His education and teaching career have led him across the country: California to Kansas, Baton Rouge to Boston, Montana to Maine, and finally to his home in Virginia. Along the way he has conducted and soloed with orchestras, bands and jazz ensembles from coast to coast. He has instructed every level of music from pre-school to doctoral students and performed with such diverse musicians as the Stan Kenton Orchestra, Ringling Brothers Circus, Whitney Houston, Ben E. King, Richie Cole as well as the Baton Rouge and Billings Symphonies and Los Angeles Philharmonic Institute. Popular as a clinician and dedicated to education, he continues to perform and compose extensively. He holds degrees from Kansas State University (Ph.D), University of Louisiana-Lafayette (MM) and California State University-Northridge. Dr. White is the Director of Jazz Studies and Instructor of Saxophone at Radford University, Radford, Virginia. Christopher is a recording artist for the Artists Recording Collective (ARC) label.

The Pandemusicum ensemble grew out of the Maine Jazz Composers Orchestra originally founded by myself and composer/guitarist Tom Hoffman. MJCO was a full 20-piece jazz ensemble dedicated to performing original works for ensemble. Though critically successful, economic and geographic considerations made it difficult to maintain the group on a regular basis. Still wishing to pursue new works, I began to explore elements of the West Coast or "Cool" school of Jazz through the writings of Gerry Mulligan, Bob Brookmeyer, Marty Paich and Shorty Rogers. This was further influenced by arranging study with Henry Mancini, Ladd McIntosh and Hank Levy. Though only works in the jazz idiom are presented, the concept of the group was to explore the connection between jazz and classical music-what Gunther Schuller calls "Third Stream". In this case, the connection was the musicians themselves- players who were equally comfortable in both worlds. Early concerts would often consist of works from both genres. Lastly, the concept of "chamber jazz" was actively pursued with arrangements of works for instrumental ensembles without the traditional rhythm section.

Bandcamp Daily  your guide to the world of Bandcamp